Individuality in the era of artificial intelligence

Every day, new warnings emerge about artificial intelligence rebelling against us.

The thoughts in this post originates from my recent research on recommendation system and a conversation with one of my friends who is an architect and philosopher.

The problem of technology (esp. AI) rebellion was realized when people find that the received information starts to bias them towards an unexpected direction. Think about the exposure to the infinite virtual space that is made of social media network. Intelligent algorithms are created on purpose to redistribute “relevant” information to users according to learnt paths. The intelligent algorithm, which is usually based on a mathematical representation of the human behavior or human beings themselves, has potential to create bias.

The core idea of representing complex physical object in the machine world is information compression[1]. For example, a man can be described by a few traits with which the man can be differentiated from another one. This idea works well in many tasks. For example, shops usually do customer segmentation in the marketing strategy in order to precisely promote products to the target group of audience. Though the algorithm usually assumes penalties for making a wrong prediction (segmentation) to reduce the risk. To the users that are exposed to the service that is built upon the algorithm, the effect is that some users may be unconsciously influenced by the inaccurate results generated from the algorithm, and this in turn, produces undesired bias into users’ mind. 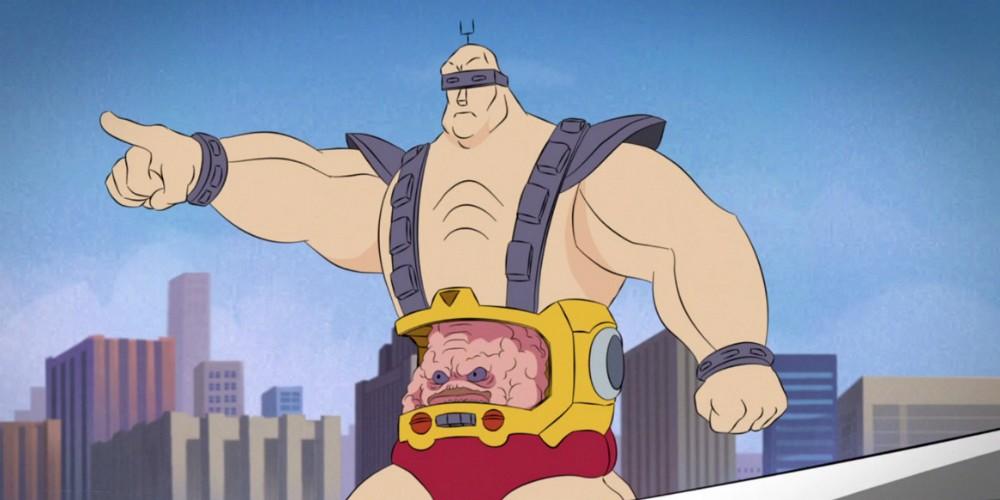 Krang is a character in animation series, "Ninja Turtles". It is a brain like creature that arms himself with a powerful robotic body. It implicitly implies a degeneration of human beings when technology is abused for augmentation.

Researchers in the AI domain are longing for a “strong” intelligence that can solve the aforementioned problem. From the perspective of a technologist, a simple idea to avoid homogeneity in the information flow is to increase the dimensionality of information representation. For example, researchers are trying to build knowledge graph (e.g., Wikidata from Wikipedia)[2] to enhance the interpretability of an intelligent model, so that it can largely reconcile the information in the original entity. Reflected in the learning process of a human being, gaining new knowledge is always the best way to keep personality and individuality in the society. It helps keep an individual from drowning in the information flow where he may be directed unconsciously[3].

As a developer, researcher, and practitioner, it is responsibility and morality to maintain the transparency of any innovation. The transformation process of technology should take place with enough awareness of its audience. The consumers of technology hold the right to choose using a technology or not. Technology is meant to “re-engineer” human beings in some way. However, humans should proactively control the re-engineering process, and the ultimate objective of the re-engineering process is to strengthen, augment, enhance, etc., and this can only happens if the basics of a technology that leads to transformation is well understood.

The view points above were shared in the “Body and City” forum at 2050. It represents my personal opinions, and has nothing to do with the organization that I am working in.

Thanks to the organizer and panel members for the discussion.